cooking at home. made fun & easy

Enough beer to fill 177 Olympic swimming pools could be wasted in lockdown 2.0

On November 5, England entered a second national lockdown, in a bid to stop the rapid spread of coronavirus. New restrictions highlighted that we must stay at home (unless for specific purposes), avoid meeting anyone from outside our own household and close all non-essential venues.

When hospitality venues were told to close, they were also told they could only serve on a takeaway basis, before 10pm and excluding alcohol. After an understandable outcry from the owners of such establishments, the government made a U-turn on the decision, later amending restrictions to allow for the sale of alcohol on a takeaway basis.

At Oliver’s Kitchen, we are particularly interested in how this will impact the hospitality industry. The current measures state that hospitality venues in tier 2 are allowed to reopen, but bars and pubs must remain closed unless serving alcohol with a substantial meal, while those in tier 3 must continue to conduct business on a takeaway only basis.

Although this was a relief to some, many are still concerned as to how they will make ends meet after being forced to shut. We at Oliver’s Kitchen understand the importance of hospitality venues, not just for those who rely on them for work, but also for those of us who appreciate the value of pubs and restaurants to communities as a whole. 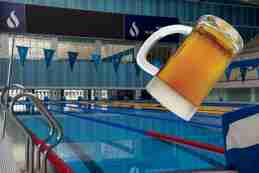 Wanting to put some figures to the speculation on how impactful lockdown will be for pubs and restaurants, we decided to conduct some research of our own and found that over 370 million pints could be wasted as a result of the new tier system.  That brings the total beer wastage throughout November and December up to more than 940 million pints, enough to fill 177 Olympic Swimming Pools!

In 2019, over 8 billion pints were sold in the UK, equating to a public expenditure of over £5.7million and although customers are now allowed to buy a takeaway pint from their local pub, they must do so online or over the phone. Recent statistics show that total on-trade (in venue) alcohol sales have dropped by 20% while the sale of alcohol in shops and supermarkets has risen by 35%, suggesting that the public are more inclined to drink at home during lockdown than make the trip to their local watering hole. We also know as a family run kitchenware business that lockdown has seen a massive increase in online sales (our electric salt and pepper mills sales for example increased 4X!) as people stay at home and shop from home. 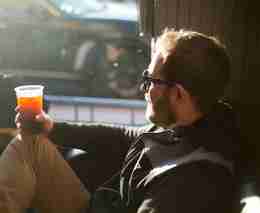 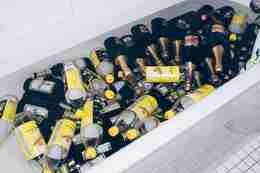 This drop in sales could mean that almost 1.3 million barrels of beer will be tipped down the drain, while venues in England could lose out on over £261 million in December alone, on top of more than £400 million that was lost during the November lockdown.

Some owners are hopeful that the lockdown will lift on December 2 and that pubs will see a spike in sales, similar to the spike they saw at the end of the 1st national lockdown in May. Research shows that the end of the first lockdown had an incredible impact on on-trade alcohol sales, with receipts from beer duties alone rising from £100m in May to nearly £500m in June. Unfortunately, the high demand of alcoholic beverages leading up to the abrupt November lockdown may mean that some pubs, bars and restaurants are stuck with alcohol they stocked up on but now can’t flog.

A keg of pasteurized beer has a shelf life of about 3-4 months from the time it was filled at the brewery, while unpasteurized beer will only last for about 6-8 weeks. With these restrictions looking likely to carry on until at least January, this may mean that almost 200,000 barrels of beer will be wasted, not taking into account if these restrictions continue into the Spring. 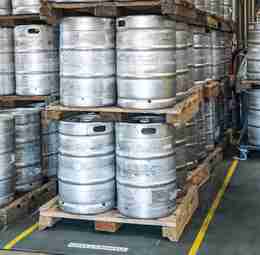 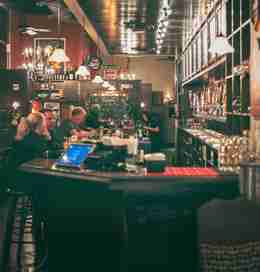 It's okay not to be okay

The closure of pubs specifically may not only have an impact on the economy but also on the mental health of loyal customers. A survey conducted by the Campaign for Real Ale (Camra) found that 32% of respondents identified the pub as the best place to meet friends. Additionally, respondents who said they have a local pub where they are a regular were significantly more likely to report feeling connected to their community.

Surprisingly, the study also revealed that consuming a limited amount of alcohol can not only improve overall wellbeing and social skills, but also cognitive ability and general health.

Our pubs, locals in particular, are clearly important to society in a variety of ways and although it is important that we follow government guidelines, it is also important that we do all we can to protect the businesses in our community. If you can, take a walk to your local and pick up a pint to go, or grab a couple on your way back from work to share when you get home. The smallest donations make a big difference, even in a simple sentimental way.

Pub culture is such an important part of the UK, whether you are a drinker or not

“It really is a shame that so much beer is being wasted, not only for the owners of the venues who are losing money, but also for their regulars who rely on their local watering holes for socialisation. Pub culture is such an important part of the UK, whether you are a drinker or not, and to lose that would be totally detrimental to the wealth of the community both economically and socially.

“Now more than ever, the public must do all they can to follow government guidelines in the hope that life can get back to normal as soon as possible, for businesses and individuals alike.” 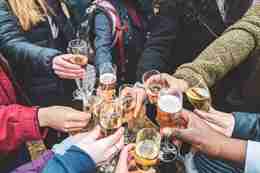 Recent regulations placed on Wales from December 4th and from Scotland from December 18th mean that large quantities of beer in Welsh and Scottish hospitality venues could also be wasted. Unlike in other parts of the UK, pubs and restaurants operating in Wales and Scotland have been banned from selling alcohol, including as a takeaway option. If this measure is to last for a month, this will result in 86 million pints of beer going to waste, that is the equivalent of 16 Olympic swimming pools and 258,000 bathtubs - that is on top of the 370 million pints of beer already under threat with the English tier system regulations.